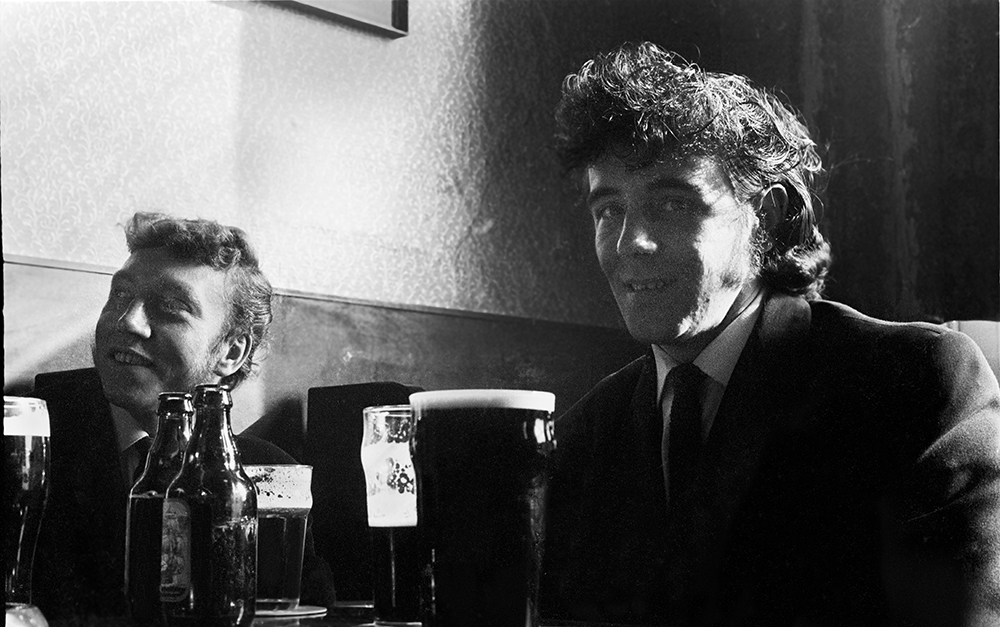 I think they were a bit embarrassed at being photographed in a way that seems unimaginable now. Today everyone photographs everyone else and then they photograph themselves.

I don’t think they could understand why I wanted to take pictures of them, why I found them interesting?

Years later I was out drinking with a two older trawlermen, one of them was the dad of a friend of mine. He was a big tough man with a sense of humour, and could start fights in far flung bars just out of sheer boredom to see what would happen. He was going back to sea at some ghastly hour early the following morning, I asked him how he felt about that, he said, “It’s funny, but even after all these years I still feel frightened.”

That’s why these men are interesting, but I wouldn’t know it at the time. All I could see where a couple of lads who could drink a lot.

See this link for details or the previous posts http://davidmorrisphotographer.com/River_Hull.html