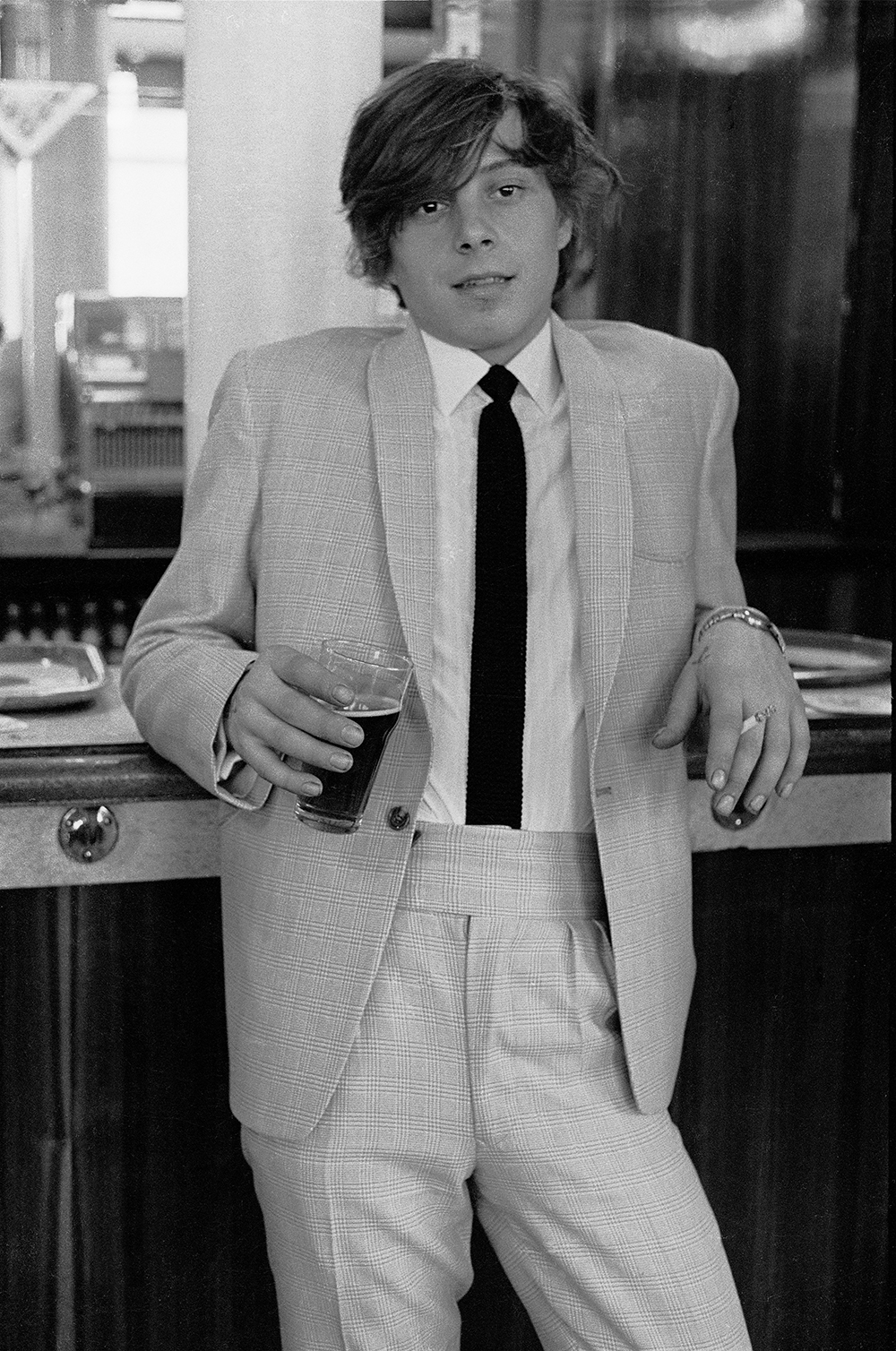 We had to choose ‘Archetypes’ for a college project. I settled on ‘Deckie Learners’.

I remember being disappointed that this chap Mick didn’t have the right hairstyle – a greased quiff with the ducks-arse finish.

I wanted him to fit an image I had of what a Deckie Learner should be.

They had a reputation for being tough and big drinkers who could cause trouble, so I posed him against the bar and asked him to look mean… but he was holding a half pint, another disappointment.

It’s a dishonest attempt at a portrait.

But Mick transcends all that with his own honesty.

A young man in an immaculate suit, out to celebrate his short-lived wealth. Simply pleased to be where he was, young and alive and cash in his pocket.
His immaculate suit with its pleated back and wide waistband, white socks and loafers, a jubilant celebration of his tribe.

A lady called Ven who I met at the Preview night of the exhibition told me that she worked at Sidney Scarborough as a young women and that they had coined the phrase ‘Three day millionaires’. She said that as soon as the crews were off the boat a lot of them were in to Sydney Scarborough’s to buy music before they even got home. And of course they were loaded with money, so the staff coined the phrase.