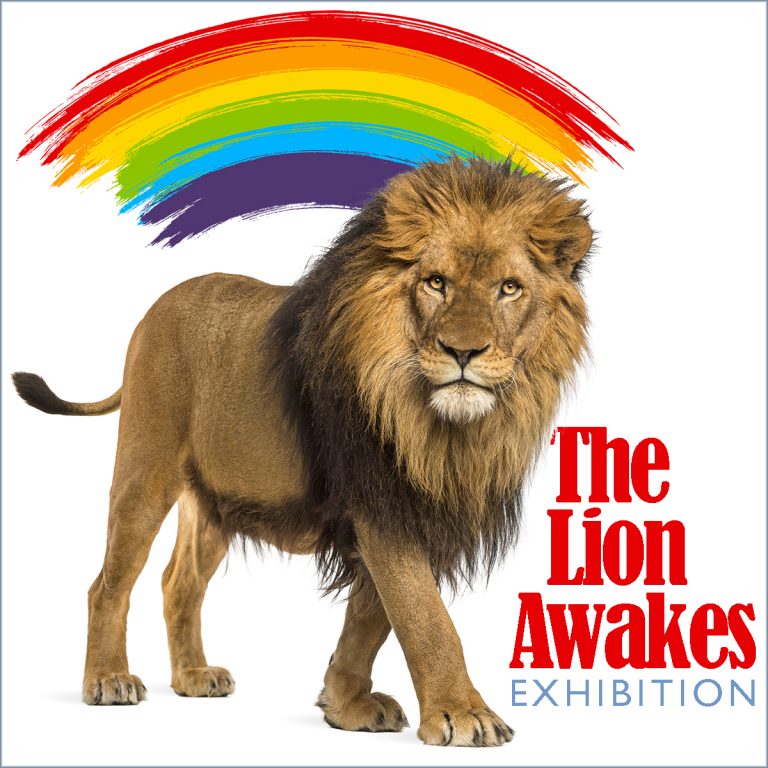 Hello welcome to the Exhibition page for The Red Lion.

The Red Lion is in the process of waking up!
But he’ll be fully awake 4 July.

Meanwhile here are a few  of them

If you would like to buy a print, email me at dmbandb@hotmail.com and let me know which image you like and what size you want and I’ll get back to you.

I have a body of work called Nocturnes, a series of images taken during the hours of dusk. I had an idea for an image that required the right tide and weather conditions to coincide. Often when I walked out into a lovely dusk and a low tide the images were not quite what I wanted

This night in May was however, remarkable.

One of the benefits of Lockdown… you have nothing else to do but persist. 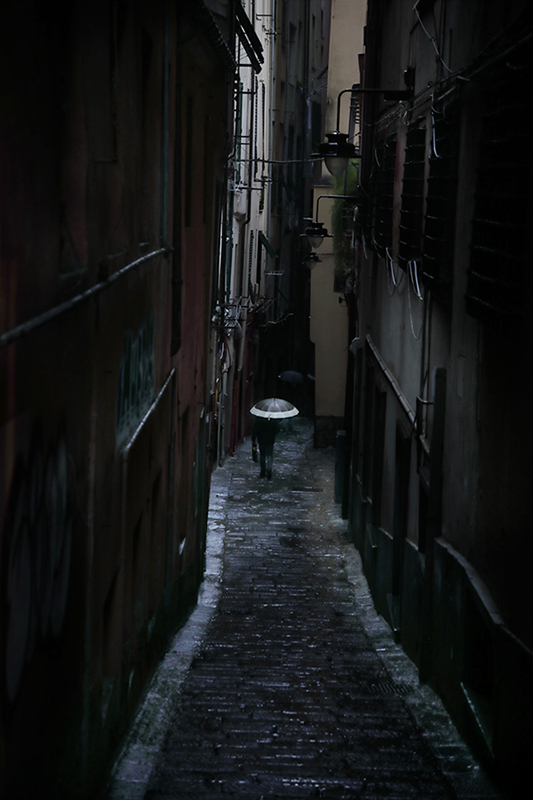 Man with an umbrella in Genoa

It was pouring down, it rained the whole weekend.
As we left the hotel I realized I had forgotten my camera. It seemed like a real pain to go back and get it.
But the rain had illuminate the night.

I saw this alley and a man disappearing down it. It was hard to focus with all the rain beating down.

I missed him but captured this man coming up.
The umbrella looks the same as the man in my ‘Going home’ photograph on Cromer pier. 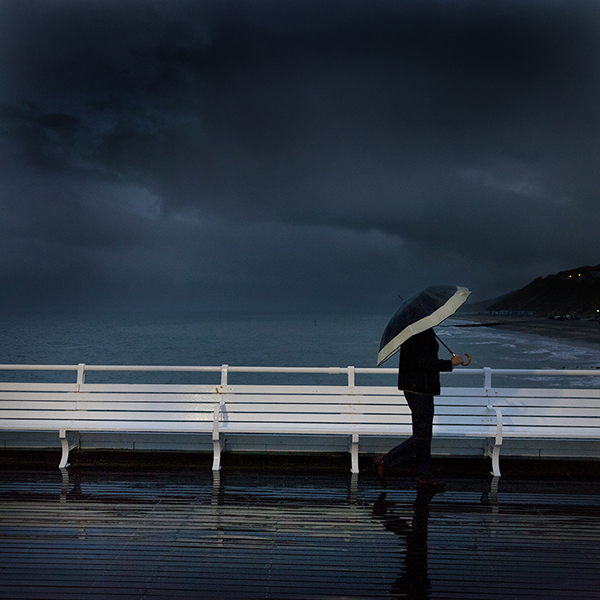 This was part of a series of photographs called ‘Nocturnes’ which were taken during the hours of dusk.
The white benches were a brilliant white against a brooding sky and sea.
I didn’t want anyone in the shot.
Then this chap with an umbrella walked past, I was a bit annoyed, and took the photograph again.
I hadn’t realized what I’d just captured. 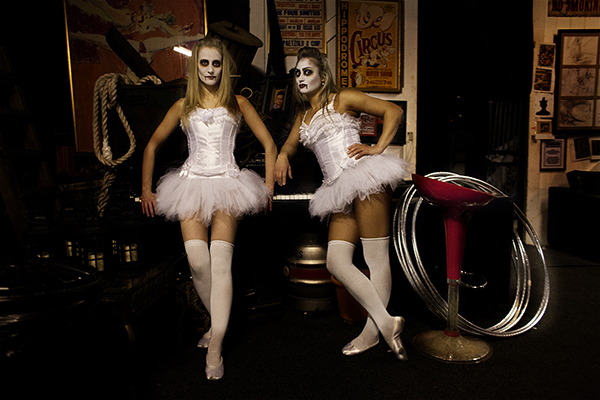 This is part of a backstage study of the famous and fabulous Hippodrome Circus at Great Yarmouth.
It was a Halloween performance, hence the eye make up.
I find setting up portraits difficult, I’m more used to a Reportage kind of style.
But there was no problem with these two, they loved changing the poses. 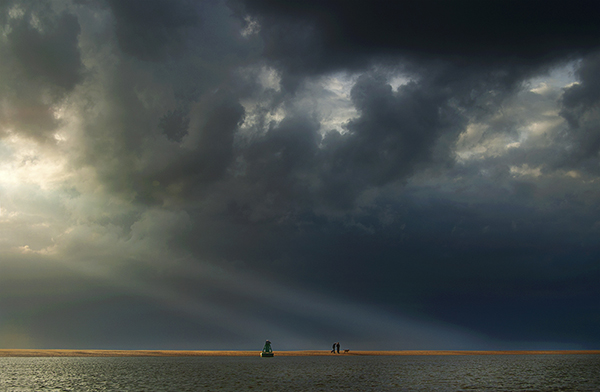 This is part of a nihilistic study of the pointlessness of human existence,
Think of Philip Larkin on bad day, a bit of Stevie Smith, ‘I’m drowning not waving’, and Waiting for Godot and you’ve got the idea.
Trying to explain the work to people was a bit difficult, they struggled to understand what it was all about.
When I short circuited the title to ‘Misery’ a big smile spread across their faces.
One guy nodded with a ‘got you’ expression on his face, ‘You’re a Northerner right?’, he said. 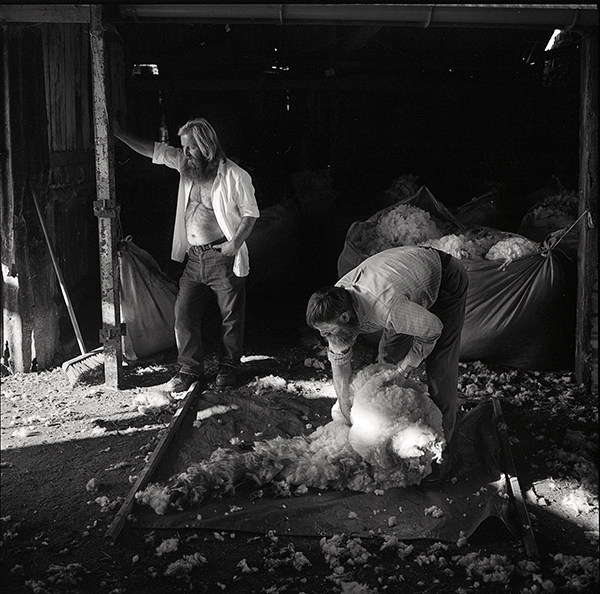 The last of it

I was trained in black and white photography and have loved it ever since.

These are the Sabbiston brothers, they had a small sheep farm near Bourton-on-the-water in the Cotswolds.
Peter, the one bending over the wool would have made a fine study for St John the Baptist, but he was shy of the camera.
Both brothers owned old landrovers and three sheep dogs each.
Peter was a quiet man, all three of his dogs sat in a line looking straight ahead out of the Landrover window, turning their heads in unison only when Peter turned his head to acknowledge someone on the road.
Ian, who had done many things in his life but was outgoing and friendly, his dogs boiled round the cab trying to look in every direction at once.
Sheep farming was a hand to mouth existence at the best of times.
But the brothers could no longer make the farm pay. This was their last season.
This was the last of it. 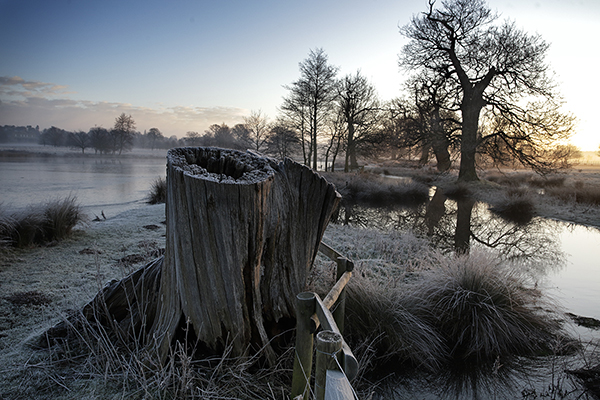 This was taken a few years ago and has languished in the files until this first showing in this exhibition.
It was a bitterly cold morning, the kind you couldn’t leave your gloves off for long.
It’s also the kind of morning we don’t see as much as we used to.
I miss them. 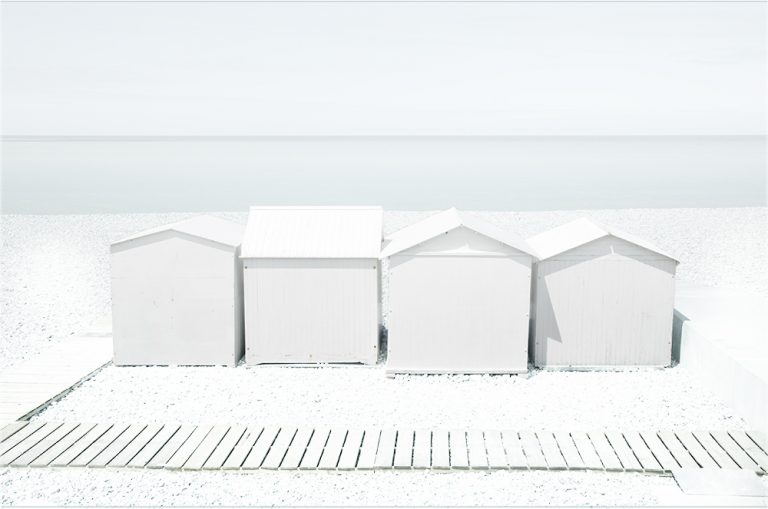 These beach huts were taken along the Normandy coast a few years ago.
These prints are a more fine art interpretation of what I saw.. 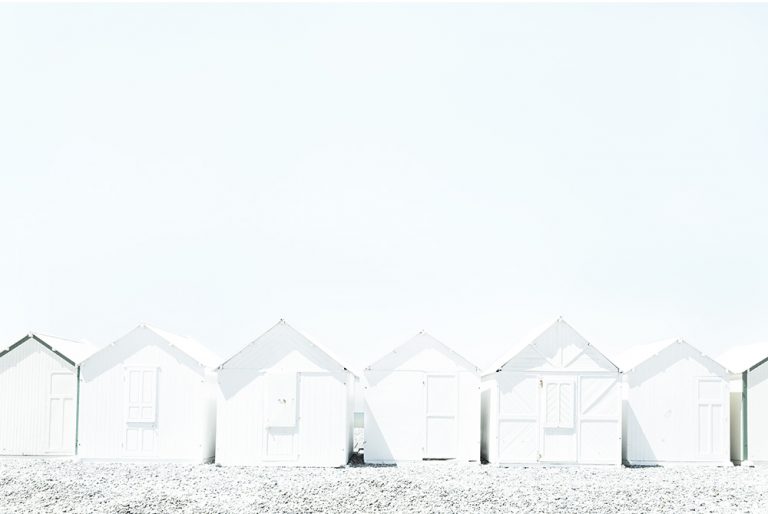 The little towns along the Normandy coast seemed to have strict rules in place on the colour schemes they used for the beach huts.
The French seemed to obey them pretty much apart from the odd minor rebellious touch to a door or the eaves of the roof. 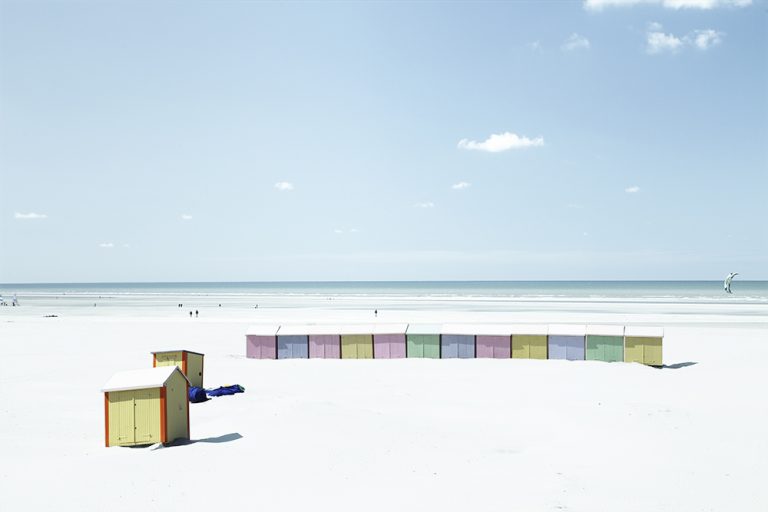 A hot day and a sail

This town favoured ice cream colours.
The more I look at this photograph the more I noticed, and the more I think I fancy an ice cream.

We don't want to know

The dance company Tilted came to Cromer to perform a series of outside dance interpretations.
Run by the Choreographer Maresa von Stockhert she had them doing all kind of strange things.
This shot was captured in Infrared, and during these sessions I managed to capture ‘The girl who danced into an aquarium’.
One of my favourite sequences of all time.