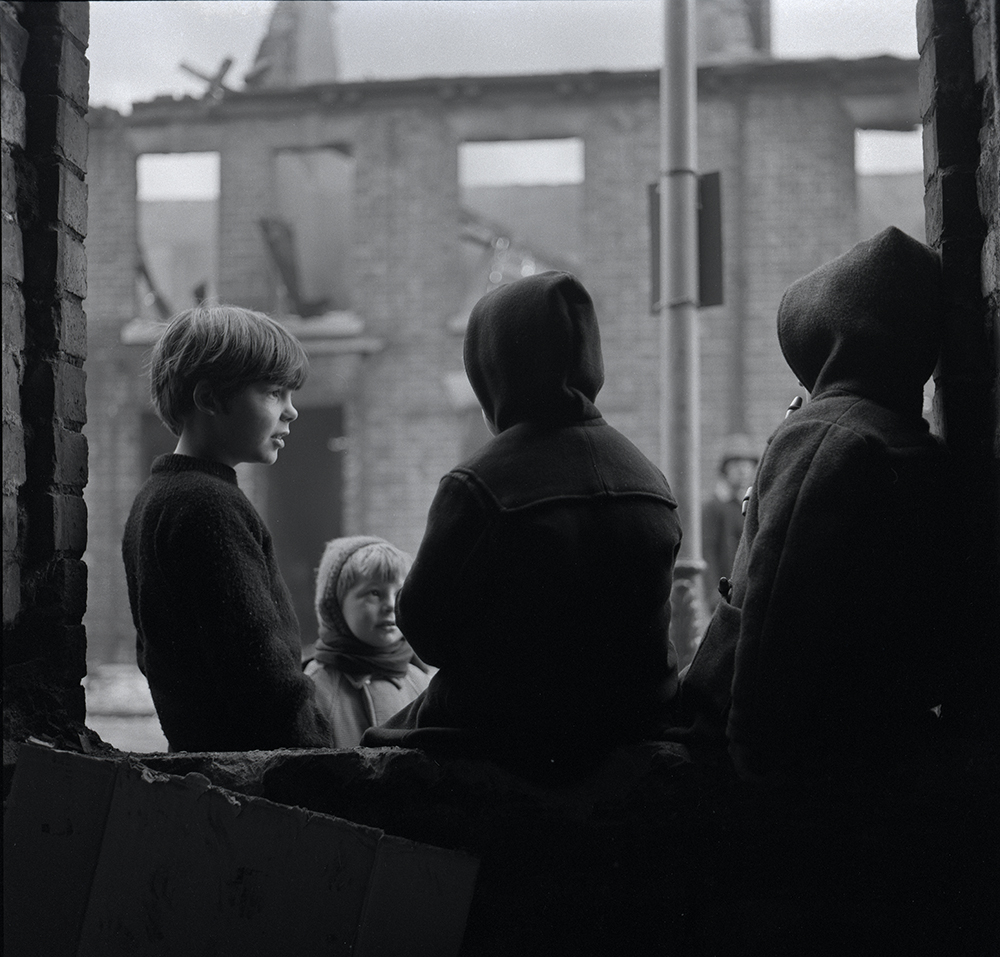 You passed their house on the way to Juniors, that was a time when everyone walked or cycled to school. A big untidy garden, one of a handful of famous families that had loads of kids – I mean loads – it felt like they must at least be into double figures. They were famous or rather infamous for always being in trouble, always in fights, but the word was, pick on any one of them and the whole lot fell on you.

Council estates in Hull after the war were huge places, new and raw but also clean and tidy, dads for the first time had gardens; soil was sieved, lawns were sown, vegetables grown. You could be in trouble from the rent man if your garden was neglected. Order was expected, the cane given, kids ‘leathered’, neighbours respected. Your parents had been through the blitz, everyone had pulled together to see the country through, the discipline of the forces never far from your parents minds? Neighbours took a dim view of anyone who stepped out of line.

But this family seemed to step out of line all the time.

Their dad was on trawlers, a violent man it was rumored, who was never seen, but beat the kids when he was home. A family to be wary of, a house to pass quickly on your way to school.
Years later I met the dad in the pub. He was retired from the sea, an old man, smaller and slighter than I expected. Affable and friendly, his pint on the table, his cig packet open with one or two fags pulled out, pointing to anyone in the room in that old fashioned way folks with not much money had. The invitation was clear, if you want a cigarette, take one.
I thought ‘you’re playing the kind old grandad now your fighting days are through, but you were a right bastard when you had it in you’.

I asked him about his time at sea, I can’t remember what stories he told, trawlermen’s stories were legend. Three weeks of hard, dangerous work, followed by three days ashore of mayhem, massive boozing, wasted money. Stories of taxis booked to stay with the crew day and night, with their final mission to deliver the crew back to the boat, either intact or otherwise, before it sailed. You could entertain a pub all night with the stuff they got up to.
I don’t remember anything like that from him, only one thing that put a young man’s arrogant judgement back in its box and slammed the lid shut.
He said when he got back home from a three week sea trip his wife would have a list of kids to ‘leather’ who had been in trouble, out of control, and needed disciplining. It was a long list.
He said, “what a thing to come back to, it was my first job as soon as I got in, but you have to back your missus up, she was all alone trying to keep order. It was the worst thing about coming home.
I hated it.” 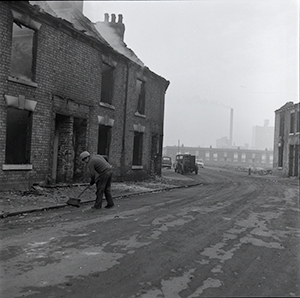