This is called the ‘doorstop’ in the design industry; it has every paper and colour G F Smith produce. It looks fabulous but it is supremely practical, every designer who works with paper wants one. It is made by a company that’s known to everyone in the design and print industry but to hardly anyone in its hometown of Hull

I had a special reason for wanting to photograph the people
at G F Smith. I thought their story was remarkable, verging on unbelievable.

Perhaps one of the reasons not many people know about them is their location. They are tucked away out of sight in Wincomlee, an almost Dickensian area of factories and manufacturers close to the river. An area not heavily promoted by Hull’s Tourist Office for some reason, or featuring on many postcards of the city. I like it, it’s got atmosphere, and I feel a bit sad that its manufacturing history is slowly being demolished.

When the council offered the owners a green field site out towards Willerby in the 1970’s you would have thought they would have jumped at the chance of moving to a place that had trees and fields. But they turned the offer down, saying it would mean their people would have to take two buses to get to work, so they said “No thanks” and stayed firmly put in the back streets of Hull.

When I arrived at the impressive building in Lockwood St I must have looked confused and lost because a young women very quickly asked me if I was all right, did I need any help? I get this a lot; people often seem surprised to find out I’m married. This young women had about her the air of confidence of one of the company’s directors, except she wasn’t – well not at the moment anyway. G F Smith has an impressive record of taking on people who start at the bottom and end up at the top. This air of confidence was not uncommon amongst the staff as I walked about. There was a lot of direct eye contact and acknowledgement that I was there, something sometimes sadly lacking in my
local boozer.

Tim Berry, the man I was meeting, had a choice of summer jobs while he was at school, either the Parks Department or G F Smith. He said he did wonder in those first few weeks if he had made the right choice. The Parks Department job came with a free suntan, a not inconsiderable benefit for a young lad hoping to make a hit with the girls. He is now the Commercial Manager, passionate about paper, passionate about his company.

The attitude of most people to someone photographing them while they work is not unreasonably, ‘who’s the prat with the camera?’ It’s then the job of any self-respecting photographer to establish as fast as possible just what kind of prat he is. People like to know who they are dealing with, which seems only fair. Once they understand that, most people are fine. That’s the theory anyway.
But here, no one was evasive, resentful, standoffish, judgmental. They seemed to make up their minds pretty quickly that you might be worth talking to; until that is, you proved otherwise. The banter between everyone was cheerfully good-natured, peppered with a better class of insult than you get in most places.
“She takes a good photograph, the police think so anyway.”

On my first visit I met a lady who was cleaning the canteen. She said she had taken a photograph of the place because she thought it was the best canteen that she had ever cleaned, more like something in a hotel really. Tim said when they had their last refurbishment, they started at the factory floor first and did the director’s floor last. He proudly opened the door to the toilets. The lady cleaner was right; this was a hotel standard khazi.

G F Smith look after their people. They put a substantial percentage into their workers pension pot, there’s a bonus scheme, 27 days holiday entitlement and even boardroom style meeting rooms for the staff where they can sort out domestic affairs. They also have an annual Sales Conference week, which involves everyone. It sounds like a glorious affair, partly because they have done away with the Sales Conference bit. There is no sales talk, flip charts, slide show presentations or profit and loss projections or in fact anything like it. There is however, white water rafting, cookery classes, photographic courses, and anything else anyone can get a gang together in order to do something
they fancy.
One year there was even walking on red hot coals – you can see how that would be a better talking point than profit and loss statistics. Modern companies call this ‘bonding’. G F Smith just thinks of it as listening to what people want and then trying to make it happen.

It clearly pays off. Turn over of staff is remarkably low, and you can see why.

But they always have looked after their people and it always pays off. One night during the Hull blitz the factory was hit 48 hours later the London offices were flattened in the London raids, enough to finish most companies for good. But the staff rallied and kept the business going, and why wouldn’t they, it was as much their business as the bosses.

This was never my experience of how companies and factories were run. The profit motive was always paramount; people came a poor second.

But here is a company where they value people.

When the recession hit the UK, G F Smith had a meeting and decided there would be no more pay rises and they would do everything possible to keep all their staff employed, and then they did something quite remarkable. As everyone panicked and battened down the hatches, G F Smith increased their advertising budget. Advertising agencies preach this is what you should do in times of recession, but no one ever takes any notice of them, everyone cuts their advertising spend. Not this company, they did something brave. They believed in themselves and it paid off.

We seem to be so beaten down these days into thinking we should be grateful for just any old job, accepting the misery of zero hours contracts. Don’t question the conditions because we have to compete with cheap labour abroad, the shareholders demands for a decent return, or the threat of our banks leaving the country if we don’t give them what they want. Squeeze as much as you can out of your workforce. If you can pay them less than before, that is what you need to do. The problem with thinking of people as being worth less than your profit margins is that they soon take the hint. People who think of themselves as worthless think they have nothing to contribute; and then we all lose.

There is a better way to treat people, turn a profit, and do something that unites everyone and gives them pride in what they do. And if you are thinking, ‘well it’s alright for G F Smith, they have it easy, working with paper must be lovely’, it isn’t about the product it’s about the attitude.
An interviewer once told Mohammed Ali that it was lucky for him that he was a good fighter because that was his ticket out of the ghetto. He riled at this and said, no, that wasn’t the case. He said it didn’t matter what job you did, it was the attitude you brought to the job. You could almost feel the reporter try to duck as Ali’s retort packed a punch “If I was a garbage man, I’d be the world’s greatest garbage man.”

If we had more companies who put their people first, we’d all be better off. 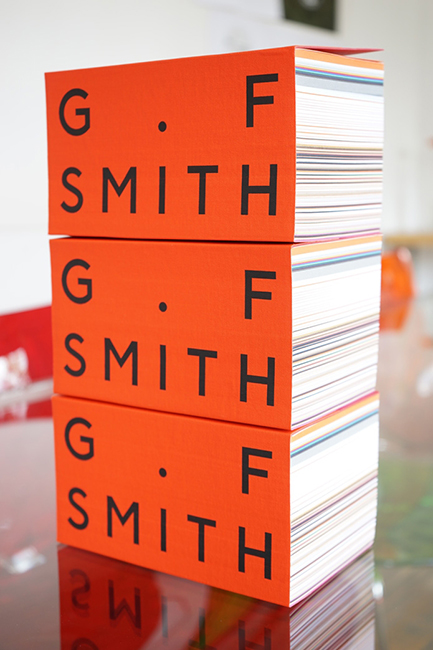 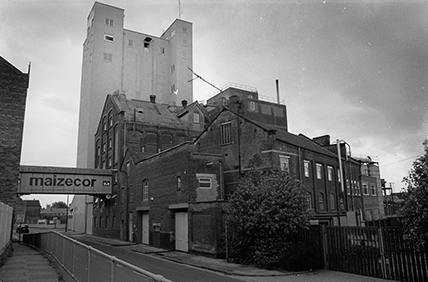 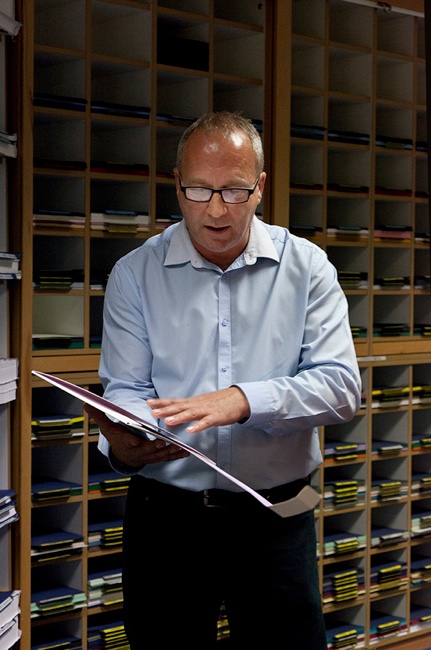 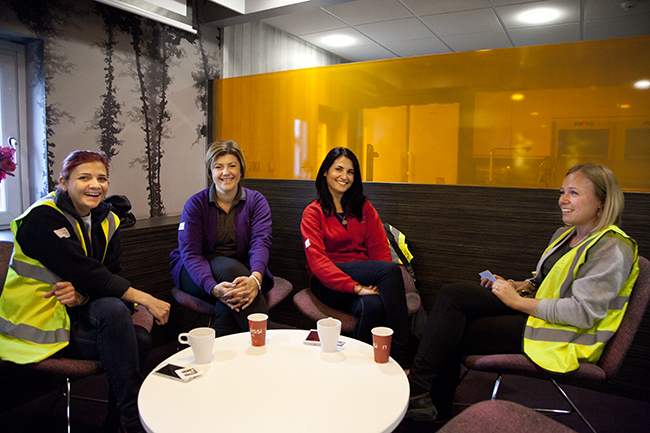 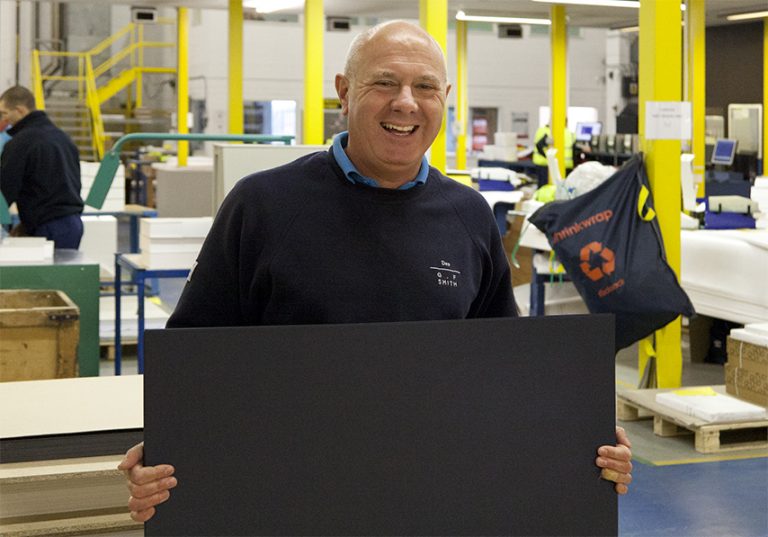 On the factory floor 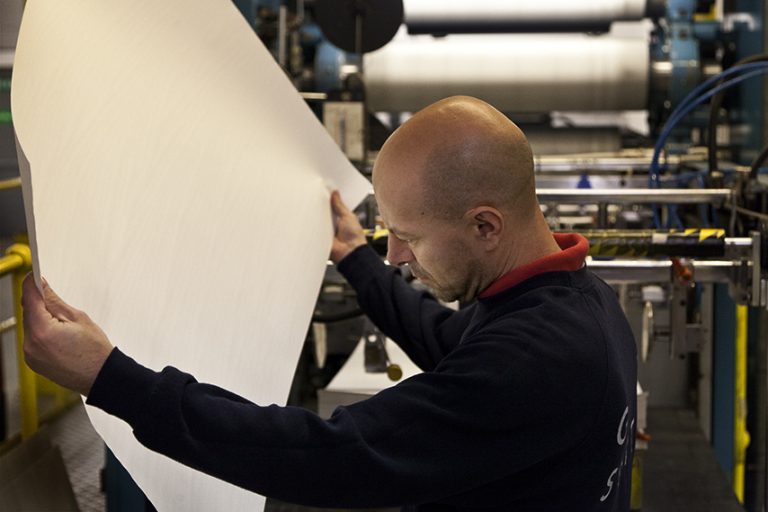 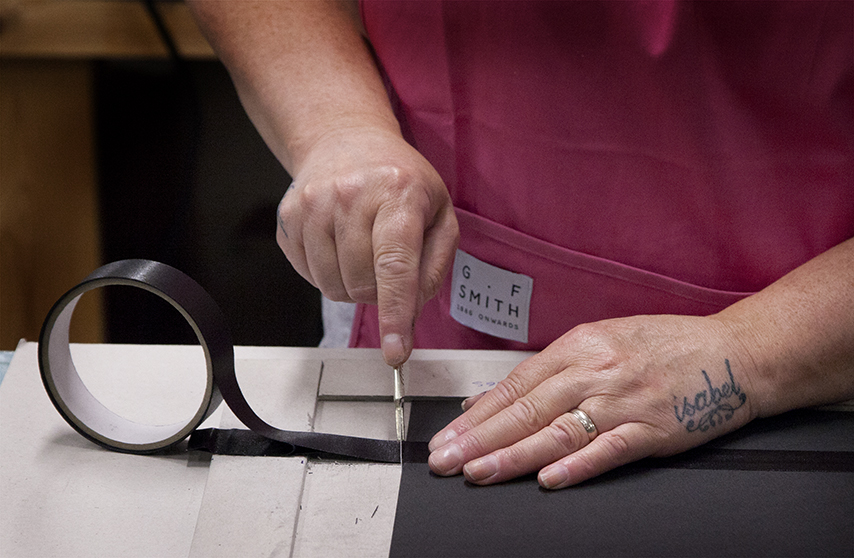 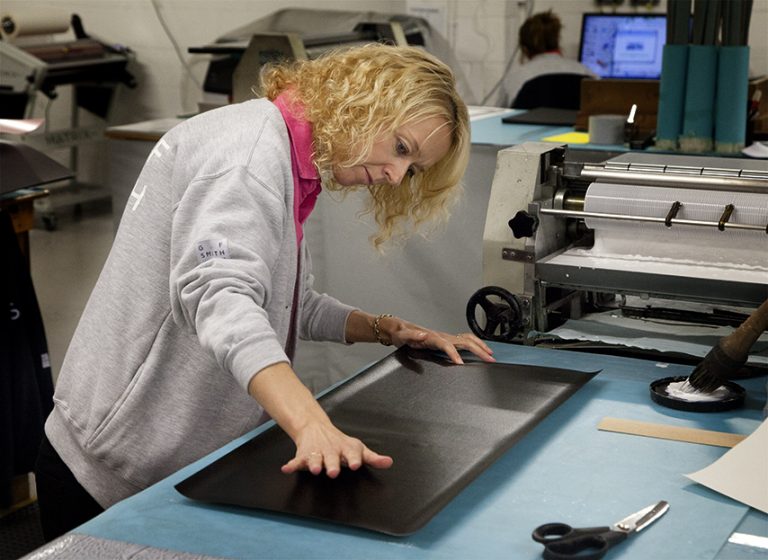 An eye for detail 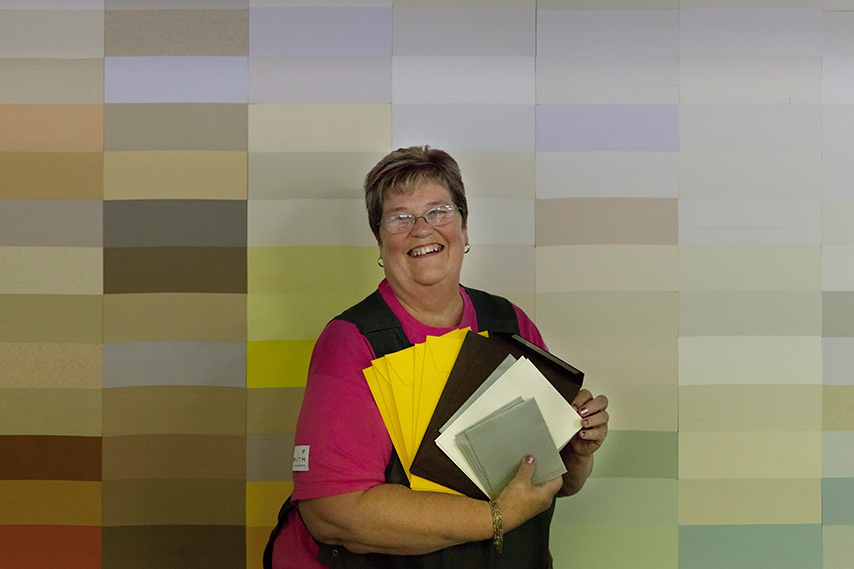 The lady who hand makes the envelopes